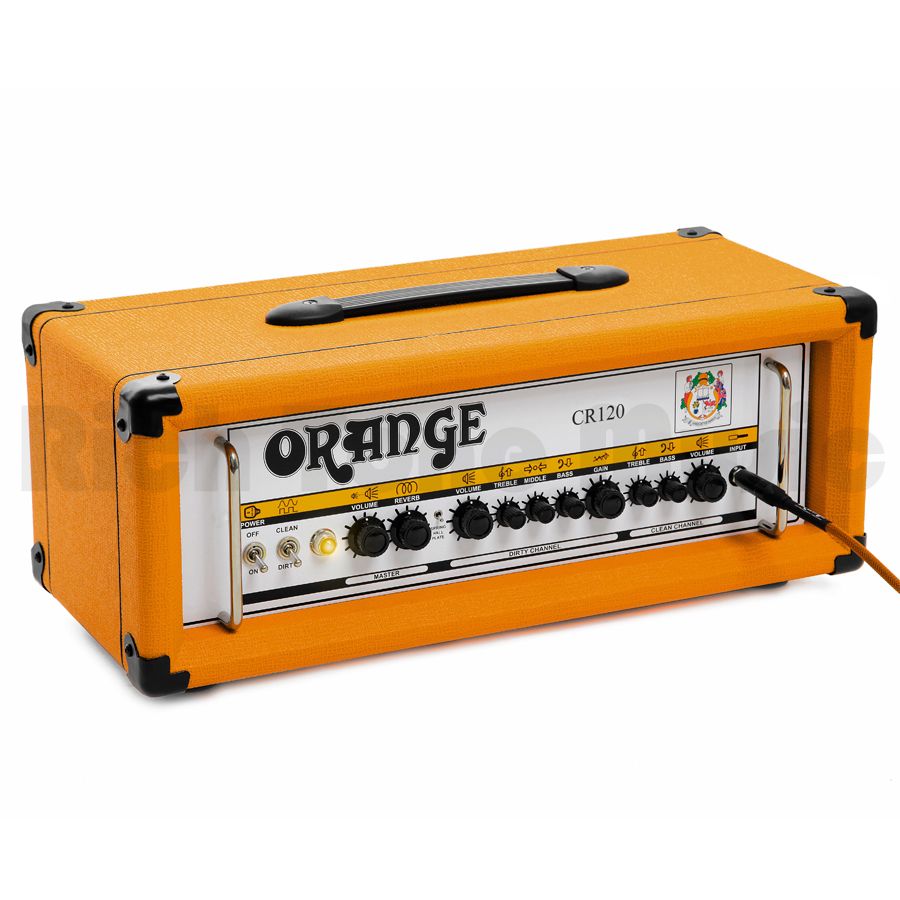 Our staff will be in touch with an estimated time of arrival.

This is PERFECT FOR BAND REHEARSALS & SMALL TO MEDIUM GIGS

The new high power Crush range heralds a new dawn for Orange Amplifiers. These mark Orange’s first foray into the world of high power, solid-state amplifiers. The reason it has taken so long? We have yet to be happy with the sound, that is, until now.

Orange have spent years researching, developing and testing a solid-state amplifier which they are truly proud of. The Orange design team felt it was important to keep these amplifiers simple and not bombard the player with hundreds of on board features. The result is an analogue, solid-state, two channel (dirty and clean) amplifier based on the prestigious Rockerverb range. The dirty channel use a circuit based on four stages of gain and a three band EQ which provide the player with a wide pallet of over-driven and distorted sounds. The clean channel is based on a two stage, two band EQ design, that gives the player a clean but warm sound which when cranked begins to break up, just like a Rockerverb!

Although simplistic in its design, we have also given the amplifiers a transparent effects loop, allowing you to plug in your favourite pedals to open the amplifier up to a wide variety of situations and playing styles. Finally, the amplifier contains an inbuilt digital reverb, providing the player with a natural sounding spring, hall or plate reverb.

Like with all our amplifiers, the look had to be right, the Crush exhibit the same features as their valve based brothers which includes Orange basket-weave Tolex, woven speaker grille, beading, hieroglyphs and of course the Orange signature picture frame edging.

The Crush CR120H packs a 120 Watts into a head with the classic Orange look. The Crush CR120H has been designed to look and sound the part, be it in a rehearsal, living room or on the stage.

You can run three cab configurations on the CR120 head:

- One 16 ohm cab connected to the one of the speaker outputs.

- One 8 ohm cab connected to one of the speaker outputs.

It’s better to not daisy-chain, in case the first cable or cab in the chain were to go out during a performance; then you’d lose all your sound.

Running a separate cable to each cab insures at least one cab will still be going if a speaker cable or cab goes out during a performance.

Use the Orange FS2 to switch reverb on and off and change channels.