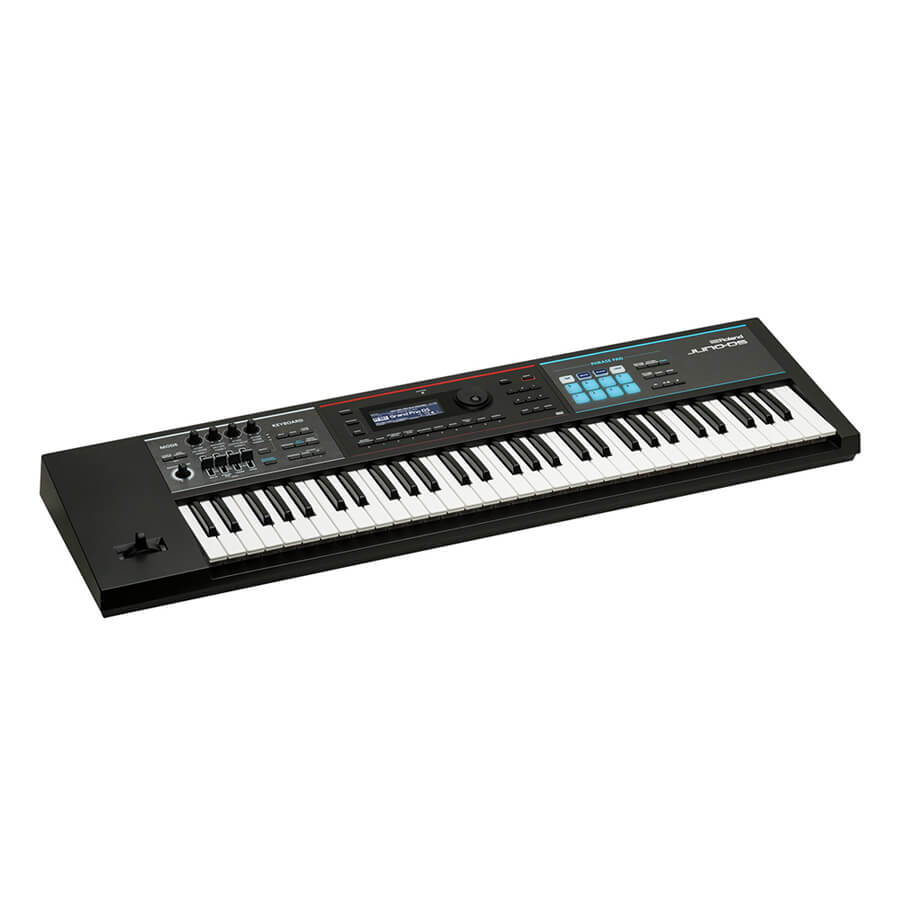 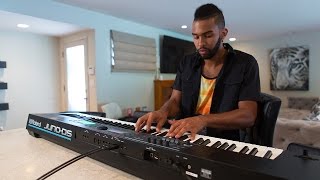 Rolands JUNO synths are known everywhere for their great sound, ease of use, and exceptional value. The JUNO-DS61 takes the iconic series to a new level of performance, adding many powerful enhancements while still keeping operation streamlined and simple. Versatile, intuitive, and highly mobile, the JUNO-DS61 puts you in creative command, making it easy to produce exceptional music everywhere you play.

The JUNO-DS61 is an ideal keyboard for all types of players, from performing pros and weekend warriors to music producers and home hobbyists. It also excels in teaching labs and other music education environments. Easy to carry and easy to use, the JUNO-DS61 is filled with great Roland sounds for any style or genre, and versatile battery or AC operation gives you the flexibility to play anytime and anywhere.

Acoustic pianos, electric pianos, and organs are bread and butter for most performing keyboardists. In the JUNO-DS61, the pianos have been newly enhanced with improved sound and response, and there are even more organs to choose from. In addition to this new DS Tone Bank, the instrument includes the entire 1000-plus sound set from the previous-generation JUNO-Di, and patches from that keyboard are fully compatible with the JUNO-DS61.

One thing that’s made the JUNO series a players’ favorite is its instant-access design, which makes it easy to call up fantastic sounds right away. But if you like to dig in and customize, the JUNO-DS61 now offers even more adjustable parameters than before, allowing you to tweak patches and performances with detailed precision. The front panel provides an expanded array of hands-on knobs and sliders for creating patches and adjusting sounds as you perform, while the rear panel features jacks for connecting hold and expression pedals at the same time.

To complement its impressive onboard sound set, the JUNO-DS61 supports internal waveform expansion via USB for unlimited tonal range. Over 1000 EXP sounds are available for free download at Roland’s Axial website, including top-quality acoustic piano collections, world instruments, go-to studio standards, percussion, loops, and more. If don’t find what you need there, it’s even possible to load in WAV files from your personal library and play them from the keyboard! Out of the box, the JUNO-DS61 comes with the versatile EXP-06 Studio Collection preloaded in the wave expansion slot.

With the JUNO-DS61’s eight Phrase Pads, you can supplement your keyboard performances with samples or music files stored on USB memory. Just load up the pads with whatever you like—one-shot samples, vocals, sound effects, loops, or complete music tracks—and trigger them with a quick touch when needed.

If you’re a solo performer or singer/songwriter, you’ll love the JUNO-DS61’s mic input, which lets you get great vocal sounds without having to carry around extra gear. There’s a dedicated vocal reverb, plus Auto Pitch for singing with the “stepped” electronic vocal effect popular in today’s music. The built-in vocoder is big fun too, allowing you to sing into a mic and control the tone and pitch via sounds played on the keyboard.

When you have an idea for a song or beat, you can easily capture and develop it with the onboard pattern sequencer. The intuitive, non-stop operation won’t interrupt your creative flow, letting you build up full arrangements with multiple sounds in no time. The sequencer is also perfect for enhancing live performances with pre-made backing music and on-the-fly looping.

The JUNO-DS61 is not only great on stage—it works great for computer music production as well. The integrated USB interface provides a solid front end for a mobile or studio recording setup, allowing you to record MIDI and audio data, including sounds from the mic input. There’s even a dedicated DAW Control mode for controlling your music software from the JUNO-DS61’s front panel.